Ergon kickstarts next stage of renewable revolution in remote FNQ

Ergon Energy is seeking expressions of interest in the provision of low carbon or renewable generation services on Thursday Island and at Bamaga, as part of its commitment to decarbonising remote communities.

General Manager Renewables and Distributed Energy, Glenn Springall said reducing the reliance on diesel power in isolated communities was good for the environment and made economic sense.

“Queensland has been leading the way in the renewable energy revolution, including community-scale solar solutions in some of the most remote parts of the state, like Doomadgee, Mapoon, Pormpuraaw, the Northern Peninsula Area, Birdsville and Bedourie. 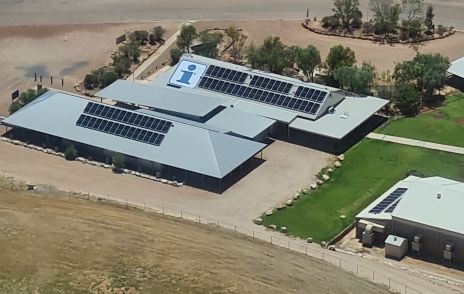 “At Thursday Island and Bamaga, we’re looking to partner with interested parties to investigate and then deliver reliable, cost-effective, and safe low-carbon, carbon neutral or renewable generation solutions.

Ergon owns and operates 33 isolated networks in Queensland communities too remote to connect to the national electricity grid.

Centralised diesel power stations are the main source of generation and more than 30 million litres of fuel is transported to these sites every year, but the transition to renewables is already well underway.

“Reducing diesel consumption and increasing the supply of renewable energy are the keys to a low carbon future and this expression of interest reflects that goal, which will ultimately benefit all Queenslanders.

“We’re heading in the right direction in our isolated communities, but we need to tip the scales to reach the goals outlined in our Low Carbon Future Statement, which supports the Queensland Government’s renewable energy target of 50% by 2030,” Mr Springall said.

Expressions of interest are now open and close at 1:30pm on Monday 7 June.